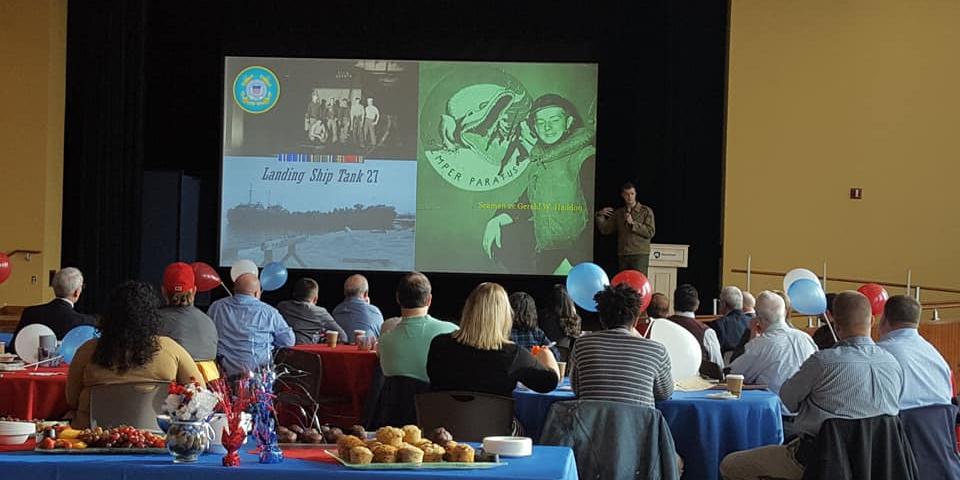 The 2019 Penn State Military Appreciation Breakfast took place on November 11th, 2019, at Heritage Hall in the HUB Robeson Center. This annual breakfast, begun in 2008 by the Office of Diversity and Inclusion in Finance and Business unit, is now in its 11th year of celebrating the contributions of Penn State employees and students with military service backgrounds. Co-Sponsors this year included:  Sr. Director for Penn State Veteran Affairs and Services; Office of the Vice Provost for Educational Equity, and the Office of Veterans Programs.

The theme of Penn State Military Appreciation this year was “The Greatest Generation”. Attendees entered Heritage Hall at the Hub Robeson Center to the sound of 1940’s “GI Jive” music and a slide show of photos of WWII servicemembers from their own families, which they had submitted earlier. Partitions on either side of the hall displayed a large variety of WWII posters, decorative photo displays on each table showed WWII images of men and women serving in various capacities in deployed and civilian positions. Also featured were images of the Tuskegee Airmen, the 442nd Infantry “Nisei”, and The Code Talkers.

Author and Professor Jared Frederick, Penn State Altoona – gave a fascinating World War II presentation tying in local Pennsylvania servicemembers, including his own grandfather, to key moments throughout the war. Professor Frederick is active in a living WWII history group “The Furious Fourth” and is also a featured performer in the upcoming short film “Hurtgen” written and produced by his brother Mark – a production assistant at WPSU.

Mark Frederick then presented a clip from “Hurtgen” being filmed in Pennsylvania and invited attendees to get involved as extras in the film or even to support the effort if they wished. The Frederick brothers brought a wide array of WWII gear for attendees to handle and try on – helping attendees better understand how WWII soldiers were equipped in the field. They also gave genuine WWII newspapers away to attendees as gifts for coming to the event, and personalized signed copies of Professor Fredericks book “Dispatches of D-Day” were also distributed.

Pennsylvania House of Representative Stephanie Borowicz (R) issued a Certificate of Honor to Sharon Lucas, better known as “Vet Lady”, for her service and support to Penn State employees and students with military service backgrounds over the past decade. The award was introduced by retired Penn State employee and local Vietnam Veteran, Howard Rupert. 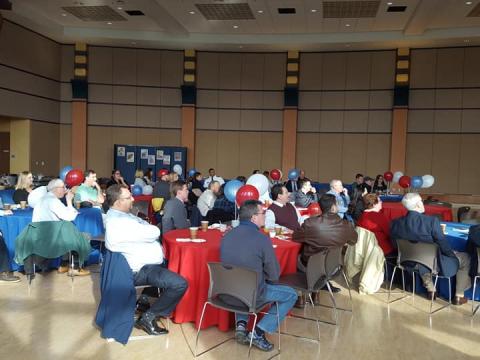 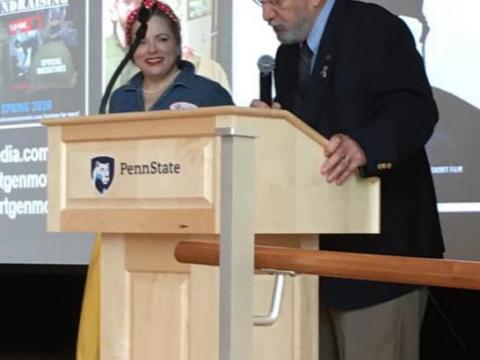 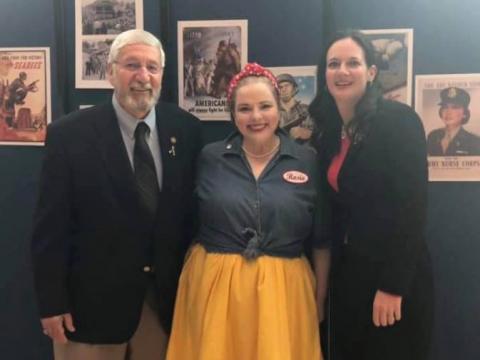 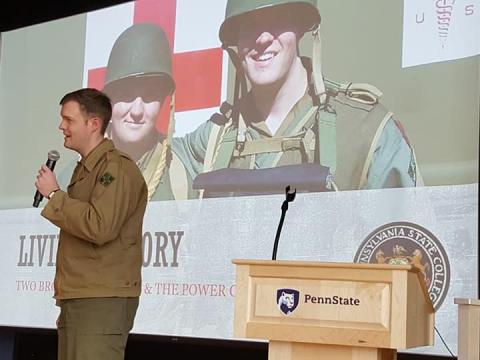 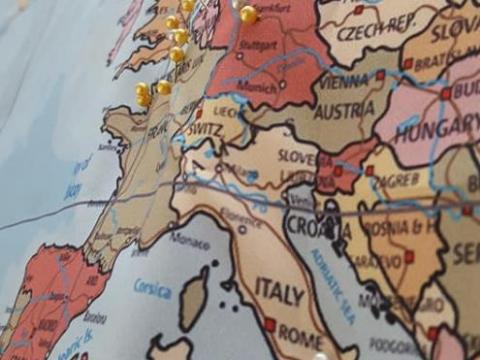 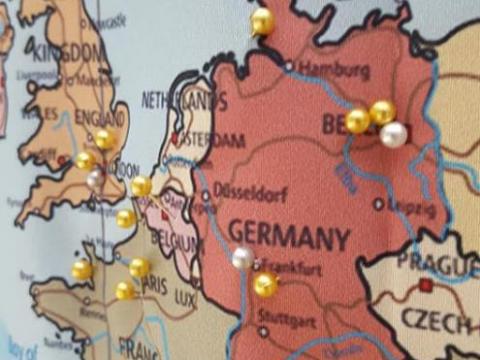 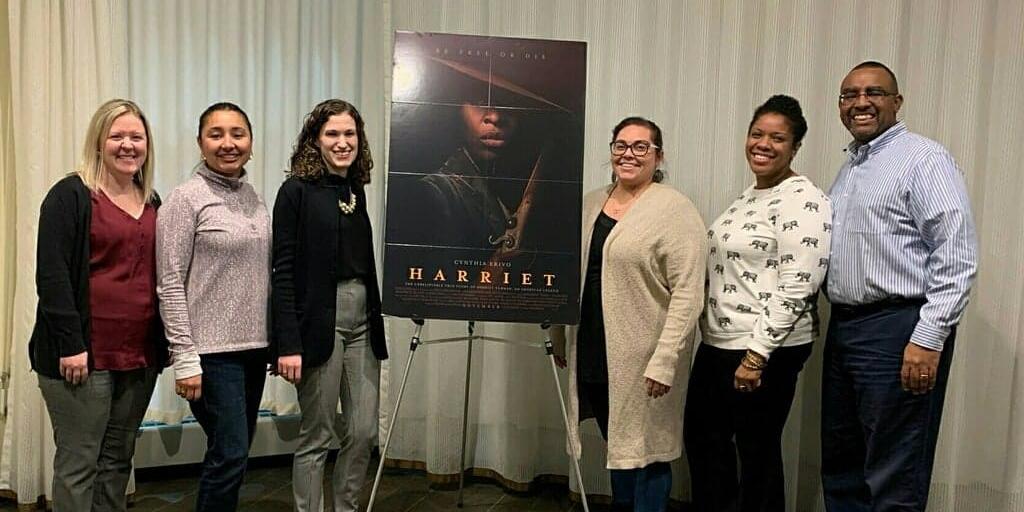 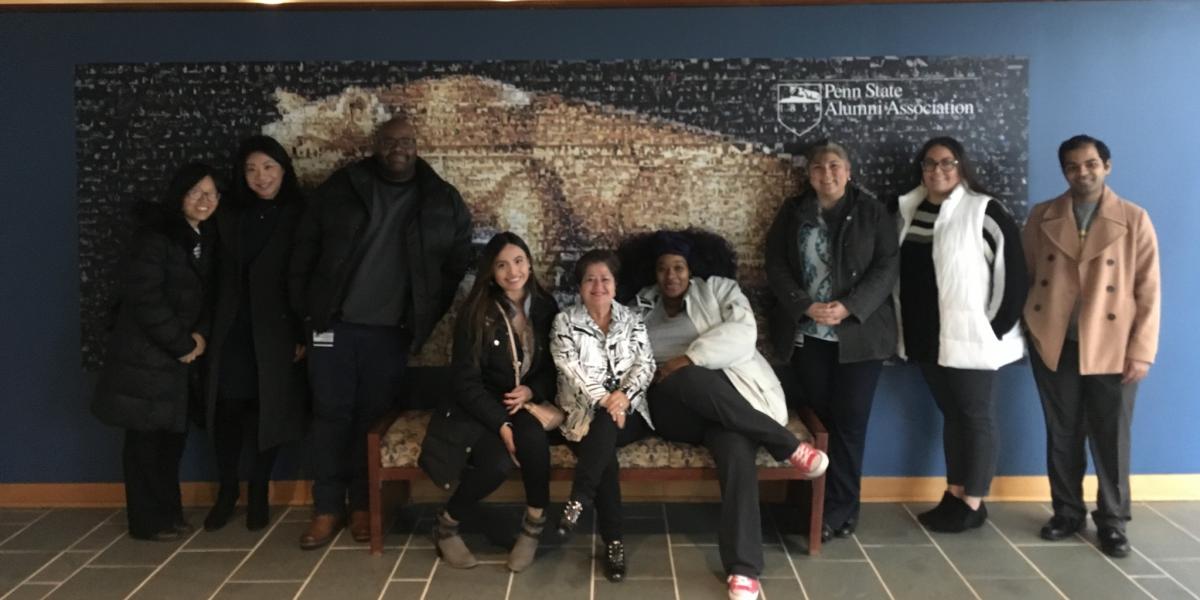